Egypt tourism- has been popular since centuries! 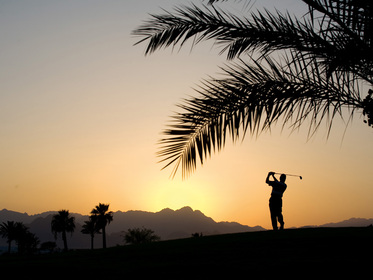 Egypt is well-known as the ‘cradle of civilization’ and is believed to be more ancient than the Pharaohs. With a documented history of 6000 years and the mighty river Nile at its centre which has been a silent witness to the Pyramids, Pharaohs, Ptolemy and papyrus since centuries, the legacy of an ancient civilization sits lightly on this country. Egypt has always acted as a magnet to travellers and from Alexander the Great to the plundering Romans and the history-loving traveller, all have made their way to the country which has had such an impact on their imaginations. Egypt tourism therefore is not something new but has survived the onslaught of travellers through centuries.

Tours for Egypt abound and you can always select the one based on your preferences. Trying to see all the awesome sights of Egypt could take you weeks but there are some sights which are so well-known that they cannot be missed. These, of course include the Sphinx, the Pyramids of Giza and Tutankhamen’s tomb. For most people, Egypt tourism means these star attractions but however, the country has many more riches to offer the tourists. The spectacular temples of Luxor and Karnak, the Valley of Kings, the Temple of Abu Simbel and the Necropolis of Thebes are other awe-inspiring sights without which Egypt holidays are incomplete.

On your Egypt travel if you start getting overwhelmed by all the history and culture, it is a good idea to take a break and head for the Red Sea for a session of sea, sand and sun. Nature has bestowed Egypt generously with natural beauty and the Red Sea has some spectacular coral reefs and marine life. The beach resort of Hurghada is one of the best places for scuba diving and is proof that Egypt is more than a sandy desert. But, also, going on a desert jeep or camel safari is a lifetime experience and watching the sun set over the sand dunes is amazing. If possible, do not miss out on an evening with the Bedouins and be enthralled with their tales and their way of living.

Cairo is chaotic and crowded but there is something about the city with its medieval mosques, Coptic churches and exotic souks that pulls at the visitors. Cafes, bars and restaurants abound for the urbane traveller and haggling at the oriental bazaars is a way of life here. To get away from the chaos of the city, take a cruise down the river Nile in a ‘felucca’ and get transported back to the time of Cleopatra!

Egypt tourism lets you explore the country which holds many ancient secrets in its womb yet manages to keep time with the modern era.