The Exciting Tourism To Egypt 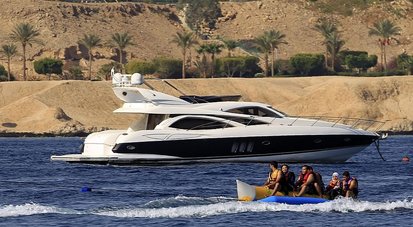 Welcome to the one of the World’s ancient civilization where tourism is the most important sector in its economy. If one pays close attention to the statistics, it would not go unnoticed that more than 12.9 million tourists visited Egypt in 2010, providing revenue of nearly $10 billion. Also, Egypt tourism employs about 12% of the total population of its country.

The present time is undoubtedly an exciting time in Egyptian tourism when a number of positive changes are occurring that would provide tourists with more adventurous and new choices to help make the vacations pleasurable. It has also been proved that this is perhaps the safest period for tours for Egypt since the early 20th Century. Also, the current exchange rates are highly favorable at this point.

Tourists visit Egypt for probably a hundred of reasons. The major bulk of tourists come from a number of European countries mainly for an inexpensive beach vacation. Such tourists often come in large groups through chartered airlines.  For most of them, this is simply the least expensive way of taking a relaxing beach vacation in a nice resort in Sinai or along the Red Sea coastline of Egypt.

The major source of tourism to Egypt and certainly the most lucrative are the “classical tourist”, who specially comes to Egypt to visit the ancient pyramids and other monuments. Though the beach goers can also extent their vacation and go or classical tours, they usually follow a much defined route which is from Cairo along the River Nile down to Aswan.

Then there are different types of specialty tours that are prominently religious oriented. It emphasizes on visiting a number of ancient churches or follows the route to the Holy Family or the biblical Exodus. Such tours may stringently visit various churches and monasteries while making a stop at one or two Egypt’s major attractions. The religious tours are not only limited to Christians and hoards of Muslims come to Egypt to pay visit to old mosques which are sacred to Islam.

One of the modern aspects of Egyptian touristy is the luxury cruises along the longest River Nile. Such cruises vary considerably though a typical Nile cruise is either for three, four or seven nights. The shorter ones generally operate within Luxor and Aswan while longer ones cruises farther North to Dendera, providing day tours over land to more remote regions. Such cruises take place aboard the traditional Dahabeya or luxury liners that have almost all the accommodations of a land based hotel. These also consist of Nubian shows, cocktail parties; belly dancers also costume parties where the guests don traditional apparels.

Egyptians are people who truly love sharing their enigmatic past with others and certainly no time is as good as now to visit this land of enchantment!